Pigs And Tomatoes In Thongs…

Hmmm, dubious title for a post you say? Well, I can now tell you that the world has officially gone insane.

Warrick and I were strolling through our local Op Shop, and didn’t intend for our eyes to be scorched and brains seared by the memory that is this PIG IN A MISSHAPEN THONG.

That picture not enough for you? Well, what better way to say “The sculptor of this statue is deranged, don’t you know!?” than by sticking a mouse down the front of a pigs loincloth.

Put that mouse back in it's house!

And then, the next day while shopping at our local supermarket, we came across another intriguing abomination… this fabulous “Tomato Saver”.

Oh the laughs we laughed! Keep your tomatoes safe and sexy. Skimpy lingerie on swine and veg, who would’ve thunk it?

Oh yeah, that’s right… I have a blog! Quite forgot for a few months there. But in all fairness, I have been busy. So busy in fact, that somehow, in the midst of supernovas exploding, the earth turning, plants regenerating and the family dog breaking a leg, I have started a business!

I can’t reveal the nature of the business as yet (still finishing paperwork, but don’t worry, I haven’t become a ‘madam’) but I can share that its name is borrowed from this blog. Little Curio. And now I thank the source of inspiration from whence this madness came… my Nonna! I wish she was here to see it all.

Oh, and I have been storing up some mighty stories and photos from the last couple months (non-business related) to share with you, so stay tuned!

I’m also going on a last minute 3 week trip to Europe with my best bud at the end of this month. I’m taking requests of what you want to see in the photos. Want a photo with your name in it somehow? Want to see me dressed as Marie Antoinette at Versailles kicking tourists (sorry, this option no longer available)? You get the picture.

For so long I have wanted to start a bowling team. I have been bowling for my birthday, like an absolute dork, for the past few years. I just can’t get enough! There’s something about blasting a solid hulk of ball to smash down some pins that really satisfies me… thank the Good Lord that no one has given me a chainsaw or a gun for my birthday right? Of course, no one I know wants to start a team. One guy was interested, but I’m not so sure about his aim and his upper arm strength – he’ll have to prove himself to me first. Here is a picture of the scores from my last game of bowling with my pals…

Can you guess which name is mine? There’s only so many letters that will fit… but I think I accomplished conveying what I truly think of myself in the limited space.

While I’m on the ball with this bowling subject (pun vomit), Waz and I took our niece to the aquarium for her birthday, and I had the most stupid, small handbag to carry jackets, beanies, water bottles, cameras, snacks… you can tell I don’t have kids! I wished that day that I had invested in a huge bowling bag for such an occasion. From John Lewis, here are some that me likey. 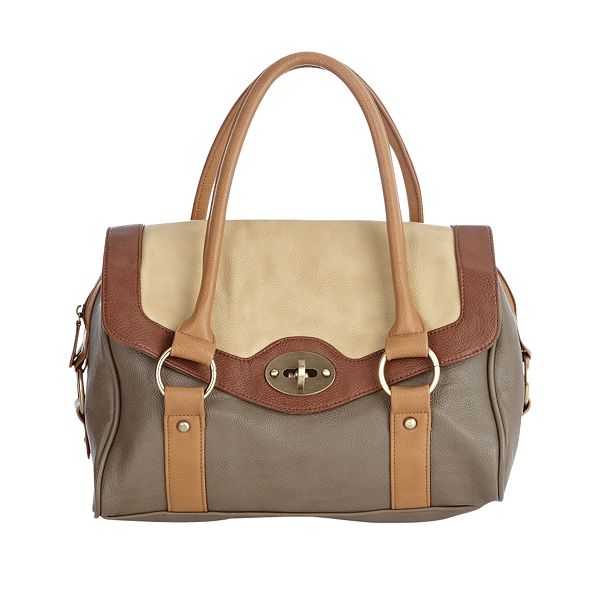 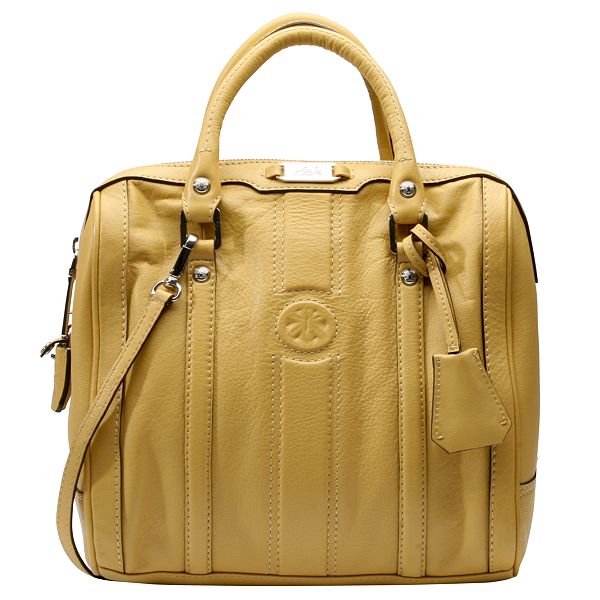 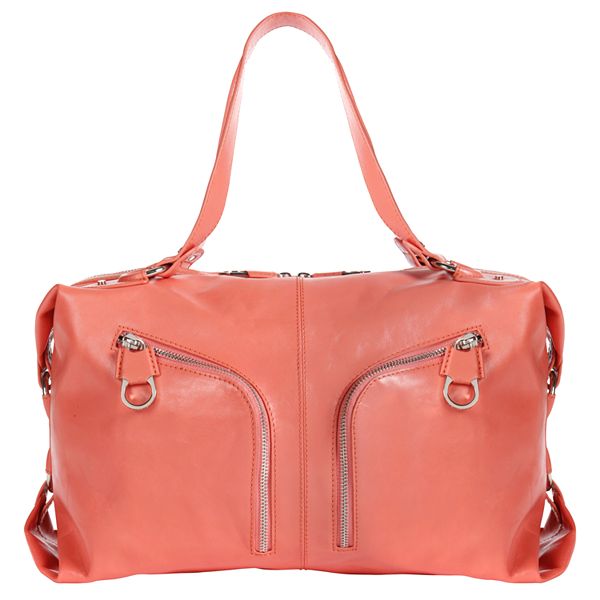 This Used To Be A Funhouse…

…and it still is! Waz and I used to live with some kids that were under government care (long story, but that’s for another time!) and it was a very difficult time for us. To make it easier, and to put a little fun and distraction into our days, we’d do silly little things around the house to cheer us up. While we were there, I drew a moustache on our ensuite mirror with my eyeliner… a really small imperial moustache! It used to perk us up, to get ready in the mornings and look somewhat like a sleazy magician! I was perusing some of Fred’s awesome products yet again and, of course, he has a brilliant version of some mirror fun with these decals.

Around $6 from here, or anywhere else you can google! Waz and I still write on our mirror, but sappy stuff I can’t write here! And with this post, I bid you farewell for the week as we are going on a little holiday down to my brothers country holiday home… 5 acres of loveliness and cows next door to boot! I’ll return with some photos and some great stories from last years holiday down there with our crazy friends!

Got to love a little humour in the garden. Here is a fabulous pair of dapper-looking vases, also available as garden pots, from Floral Art LA.

At $150 each, methinks most will pass this one up. However, I saw a brilliant DIY project on TV once that could be adapted to this sort of design. All you need is a garden gnome or similar statue (that would be hollow in the middle, with a hole underneath for drainage). You then slice the top off whatever statue you are using (they sliced half the cap off the garden gnome), so that you can sit your plant inside. Then just spray-paint with any colour you like in gloss, weather-proof it with a bit of waterproof lacquer, and there you have it! The TV show were making a lamp (running a cord through the gnome and sitting the shade on top) but I shouldn’t think it would be too hard to adapt it to a garden pot. I’m going to try it… I am loving succulents at the moment, as I’m hopeless at looking after plants!

Anyone else know that song? Anyway…

We have some brilliant and brave ducks that creep onto our lawn twice a day, morning and evening, on their scheduled walks from the nearby river to God-Knows-Where. I always get excited, even though I see them each day! We usually get about 9 of them and I run outside in an insane frenzy with my bread and start showering them in yeasty goodness. My *secret* hope is to tame them. Maybe so they can get my mail for me? Or mow the lawn which I’ve asked my husband to do for the past 3 weeks?

I’ve even begun to recognise them. Bad Boy Brian is the teenage duck who doesn’t give a honk about humans. He will eat out of your butt crack, he’s that brave (I have not tried this). He really doesn’t care if you are looking at his foie gras potential, he is just out to get that bread for himself, other ducks be damned! The Watchtower is an adult male (I think) and he is completely alert at all times. You can blink halfway with one eye, and he can see it instantly from 10 metres away and alert the others to your presence. I have even tried Neil-Armstrong-type moon-walking at the slowest pace possible, but The Watchtower is onto me within half a millisecond. Maybe if I tried Michael-Jackson-type moon-walking? Nervous Nelly is the old biddy who hangs back from the pack and stays further from the house than any of the others. If they are on the lawn, it seems like she is in Bangladesh. She won’t come near me! The rest I call Chokers. Generally they have a mix of The Watchtower and Nelly, but are so flamin’ hungry that they choke down every piece of food in their sight, regardless of if I’m standing over them with a carving knife.

Here's me dressed as a duck for a big parade in Melbourne. It was 39 degrees (103F) and lucky me got heatstroke! I'm NOT pregnant with ducklings here, I just ate a big meal.

The above photo was from the Berry Street float. You can check out their work and donate here.

Chucky Is A Fluffy Little Marshmallow…

When I was growing up, there came a time when Mum and Dad finally let my older brothers babysit us younger kids. I am the only girl of five, with a younger bro and three older brothers, 2, 6 and 8 years older then me.

Why my parents trusted my eldest brothers (who were probably in their mid-teens by then) with this huge responsibility is beyond me. I can tell you, I was subjected to some horrible things back then! One of my brothers once put a sleeping bag over me and pushed me around for five minutes. Another one put a cot mattress on me and then jumped on me. And yet another brother told me Mariah Carey was an ‘idiot’ and I cried and cried over that one (I loved me some Carey back then).

But nothing will ever compare to what my eldest brother classified as ‘babysitting’. He would put on the most frightening movies, and I, in my desperation to be part of the ‘boy’s club’, would force myself to sit alongside them and watch such sweet films like Nightmare on Elm Street (Freddy Krueger certainly lived in my cupboard after this), Arachnophobia (which did, indeed, give me arachnophobia to this very day) and Child’s Play… no need to go on about that little morsel of horror.

And when we weren’t watching horror movies, we would watch Baywatch. Yep, brothers.

I thought my horror days were all in the past. I would get nightmares for years after being ‘babysat’ by my brothers, getting cold shivers at the thought of Chucky and his terrifying scars and really bad hair-do. But being an adult has put those fears to rest. Well, until I went on a beach break with a couple of friends. What promised to be a fun and exciting night away in a borrowed beach house for us buddies, turned sour because I had to sleep in a room alone with this…

Ummmmmm… Chucky is a pumpkin pie compared to this demon doll. Take notice of that arm slightly stretched out in a way-creepy motion, as if to say “Mine, Emma. You are all mine tonight.”

Suffice to say, my nightmares have returned.

Not sure if it was really noticeable (!) but I haven’t said a bloggy word for quite a while! I’ve had a bit of a depressing few weeks and lost the will to lift my little digits to type, but all is looking up now! So, no more disappearing acts for the minute methinks…

Here are some gorgeous pieces of jewellery from Barbarian Hussy that even Conan would be jealous of!

The Wave Of Shame…

Boy, I’ve had a lot of time on my hands recently! During this sabbatical of sickness, I’ve had a lot of time to surf the information super-highway and have found two blogs that I just love. I’m probably late to the game and everyone knows all about these gems, but I’ve been enjoying Wave At The Bus, a fathers long-suffering, year-long attempt to humiliate his teenage son by dressing up every morning in different costumes to wave as the school bus travels past his house!

I’ve also been loving The Adventures of Superbaby, a photo-diary of an extreme baby-hero as shot by his photographer parents in interesting and often dangerous situations. He is truly amazing!

Check out these blogs for a good laugh! xo

Sickness, that is. Apologies for my consistent no-show this week and last, I am a sick little bee in a hive full of cold & flu.

(Me being sick and sad, and Warrick not caring a bit. Why do we have a fridge behind us you ask? Because we like to keep one within arms length at all times, silly!)